She loved to travel

She was a lefty

She was an incredible teacher

She liked to abbreviate, almost to the point of being compltly illgbl

She loved going out with friends for dinner, especially when she could use an entertainment card to receive 25% off

If it was a crime novel, she read it.

If it was a British show (about anything), she watched it

She cut out articles on travel, investing, and recipes out of newspapers and magazines

She loved her friends. and her family.

It is very difficult at times to understand that this person is gone. The person who was sick and bedridden? I can get that she’s gone. But it’s much harder to believe that the woman who made chocolate slab cakes and worked so hard for her family is gone.

The reality, however, is that they’re the same person.

The same person who struggled with cancer, who faced the sudden death of her husband, was the same woman who was gracious and generous with everyone who visited her in hospital, even when she was exhausted.

The same woman who loved going out to enjoy food was the same woman who, last year, closed her eyes whenever she tasted food or had coffee (or the occasional glass of wine) because it was one of the last things she could still enjoy during that time.

The truth is, I miss all of her. And it really sucks that she’s not here, that dad’s not here either, and as my sister and I approach years of (hopefully) families and kids, the thing that really hurts the most is that those kids won’t know who their grandparents were.

But there’s also a but.

This is not the massive-encompassing “BUT” that claims that everything is amazing and fantastic and grief- free. It’s a small one.

My sister, gorgeous photographer that she is, started taking photos to document times that we as a family spent together during those last months. That’s weird, right? Why document mum in that state? Without hair, with swollen face and limbs, in all that pain? Why force yourself to remember her like that? 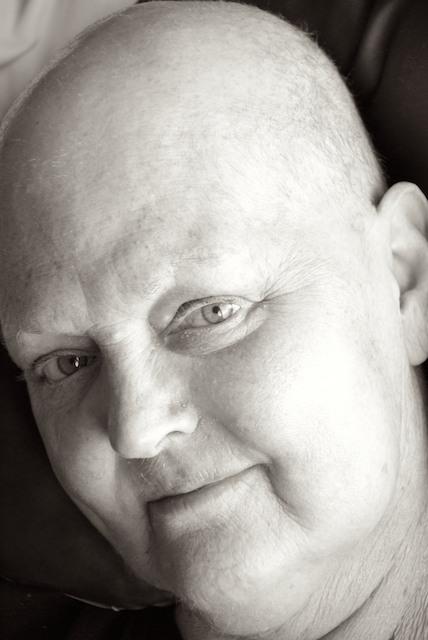 was the same. Despite the fear that she had of what was happening to her, despite her often denial of the reality we were all being faced with, it was still her.

When I look at those photos now, I am reminded of her pain, absolutely, but also of the power of grace during those times. I’m reminded of this bible verse that says

“God uses the foolish things in this world to shame the wise”.

The foolish thing is to think that mum was powerful during that time. She wasn’t in a lot of ways. In most ways, actually. She couldn’t walk, sit up, feed herself, or even hold a book to read it.

She spent time talking to her friends

She gave her time to a researcher who came to interview her, because she knew how much I appreciated when people gave me their time in my studies.

She paid for a friend to have their house cleaned before they went overseas, just so she could spend some quality time with her own husband and daughter

Her sisters and sons in law learned much about her teaching life, and the incredible influence she was to many people at her school

Her time in hospital, especially the last few days, gave us the opportunity to talk, and laugh, and pray, and eat, and drink together. 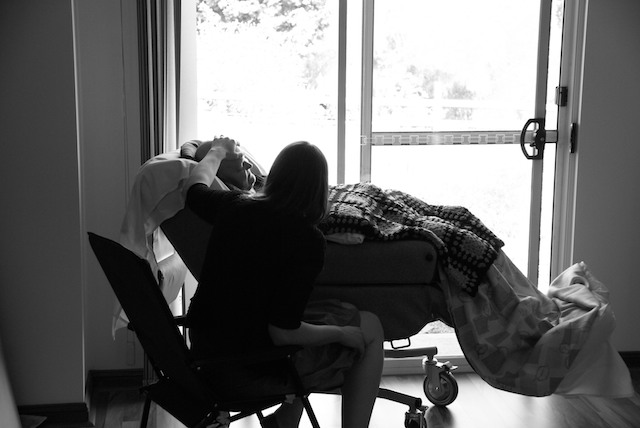 Even in that state of ‘weakness’, she was powerful.

Even in that state of ‘foolishness’, god’s glory was powerful and prominent. And present.

And something I can’t ignore. That’s what I’m thankful for. And there’s the but in the day(s) where I mostly want to be sad.

“Surely, goodness and mercy shall follow me, all the days of my life…” 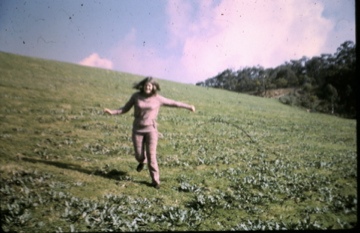 It’s true. Well, perhaps I do and the rest of you live in that postmodernity land.

The access to social media and the opportunity to blog and the fact that I’m a little too excited about following photography blogs means that a large slice of my day/thought processes/is centred on the idea and calling that you need to express about your life. To articulate it beautifully. Share frustrations. Share hopes. Share funny commentary, share beautiful trees that happen to be in your own front yard:

This is so much pressure! What if I’m just adding noise to an already noisy cacophony**?

And while there is so much wonderfulness about the opportunity for me, for us to share what’s going on with our lives, it carries a certain expectation that your life is worth writing about. Or taking photos of.

Of course it is, but I’m still brought to a halt when I think about the shortcomings of what I invest my time in. Of who I am. Of the words that I share with those around me from day to day. Of the cause that I want to be part of. I feel frustrated and somewhat disappointed that the life I’m living is only a shadow of the faith that I want, the example that I want to demonstrate, the encouragement I want to be a source of.

But I was just reading psalm 102 and a few versus struck me:

But you, LORD, sit enthroned forever;
your renown endures through all generations.
13 You will arise and have compassion on Zion,
for it is time to show favour to her;
the appointed time has come.
14 For her stones are dear to your servants;
her very dust moves them to pity.
15 The nations will fear the name of the LORD,
all the kings of the earth will revere your glory.
16 For the LORD will rebuild Zion
and appear in his glory.
17 He will respond to the prayer of the destitute;
he will not despise their plea.

18 Let this be written for a future generation,
that a people not yet created may praise the LORD:
19 “The LORD looked down from his sanctuary on high,
from heaven he viewed the earth,
20 to hear the groans of the prisoners
and release those condemned to death.”
21 So the name of the LORD will be declared in Zion
and his praise in Jerusalem
22 when the peoples and the kingdoms
assemble to worship the LORD.

Regardless of my own insecurity and worry that even after 10 years of uni I still haven’t worked out what I want to do with my life, something gets to me about how your life can map something out for a future generation, for those who aren’t yet born so they can know Jesus. The fact that God is powerful and is the saviour of those who are afflicted. That he is a God of justice and freedom….

Holy Heck. How I want my life to be one that can be written for a future generation, even if it is just my own…

This psalm was written by one who wasn’t in a good place. He was in the midst of trouble, fainting, and pleading before his God. Check this:

Hear my prayer, LORD;
let my cry for help come to you.
2 Do not hide your face from me
when I am in distress.
Turn your ear to me;
when I call, answer me quickly.

3 For my days vanish like smoke;
my bones burn like glowing embers.
4 My heart is blighted and withered like grass;
I forget to eat my food.
5 In my distress I groan aloud
and am reduced to skin and bones.
6 I am like a desert owl,
like an owl among the ruins.
7 I lie awake; I have become
like a bird alone on a roof.

In the haze of torment and despair, he knew of God’s faithfulness and the wonderful complicated and compelling joy it is to follow in his footsteps and allow your life to proclaim his.

I think quite often I get so caught up with questioning if my life means enough (or at least, something that’s worth writing about), that I don’t actually remember to get on with it.

When the psalmist’s life was a mess and he didn’t have anything to blog about his own achievements, he spoke of God’s instead…

Perhaps this then is something worth articulating today.

“Let this be written for a future generation,
that a people not yet created may praise the LORD……”

What is your life writing for a future generation?

*  I am acutely aware of my own hypocrisy articulating frustration about over-articulation through a blog entry. I hope you will forgive me and put it down to playful irony…

I am not a mother. I am, however, a godmother, friend, sister, and possibly will be in the parent category someday. In light of this, I hold grave concerns for many children who are born from those in our generation who think it is ok to name their child a ridiculous name.

Thus to avoid possible disasters of name mishaps in the future, I have devised a simple flow chart for expectant or new parents who are in the process of naming their children. Distribute to all those that you believe are in danger.

So you’ve had a baby? Congratulations! About to name your child La-a? Pear? Voltron? Symphony? Beautiphul?

Take 5 minutes with this quick and easy flow chart. You may just save your child years of pain and torment.

Hard work is not the opposite of grace, it is the result of experiencing grace.

“People do not drift toward Holiness.

Apart from grace-driven effort, people do not gravitate toward godliness, prayer, obedience to Scripture, faith, and delight in the Lord.

What is this blog?

Better with pockets is a space with thoughts on vulnerability, wondering, anxieties, grief, generosity & kindness. I like to write about such things.